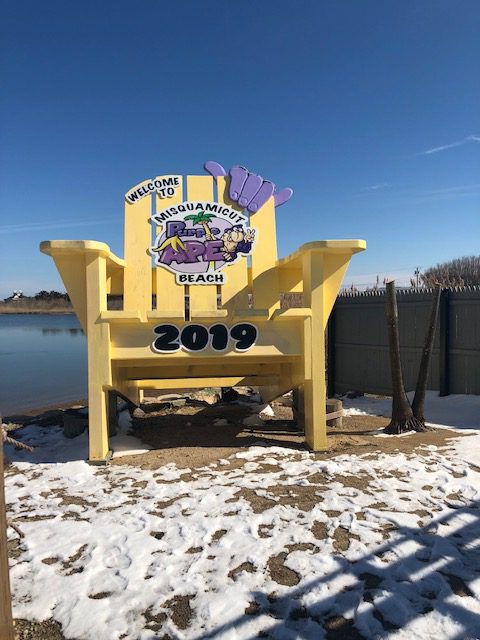 Is it okay to give up?

It’s a simple question with a complicated answer, of course. There are many inspirational speakers who preach the “never give up” mantra. I admit.  I (like most marathon runners) am a fan of this mentality. I do my best to apply the “persistence pays off” philosophy to my own life. It is a rare thing if I give up on a goal, relationship, or dream.

However, I do think there are times when it’s okay, maybe even necessary, to alter a goal. Marathons, going back to my first one, have certainly taught me that over the years. If the goal becomes too costly, time consuming, or even disruptive to relationships, it may be time to move on.

As I flew into Providence, Rhode Island this past weekend, giving up was certainly on my mind. It was my third attempt to cross off the Ocean State from my “BQ (Boston Marathon Qualifying time) in all 50 states” goal, I was actually thinking this would be my final attempt in Rhode Island, pass or fail. Even though I’m just four states away from seeing this goal to fruition, I had hit a plateau in my race times. I hadn’t qualified for Boston at any race in almost two years. The repeated travel costs to get to these faraway states (like Rhode Island) were adding up. Even though my husband never mentioned the cost and time spent, the mom guilt was heavy. Finishing this goal didn’t seem worth the cost or time away from my family, when I was repeatedly missing the mark. …. Thank you, Allen and kids, for your support through this crazy journey!

When I landed in Providence on Saturday, my chances for the needed BQ time looked admittedly slim. The state was blanketed with snow, and it was still coming down with a vengeance. The Ocean’s Run Marathon in Westerly, Rhode Island was going to be my 163rd marathon, but the first one with at least a little bit of snow. (Well, second if you count Antarctica for this statistic, but you get my point.)

Fortunately for me, Suzy Seeley, my running friend from Houston, had already arrived in Rhode Island for the race. She alleviated my fear of making the 45-minute drive from Providence to Westerly – the beachside town hosting the race. The temperature was right at the freezing mark. The streets were wet, but driving conditions were fine. (Readers of my book and this blog know that I’ve had my share of travel mishaps.)

If you are a marathon runner, you’ve probably heard of Suzy. She is one of just three women (that I know of) who has done what I am trying to do — completed the challenge of posting a certified BQ time in all 50 states (plus D.C.). She has run more than 250 marathons with most of her times being in the 3:20 range. She is even a Guinness World Records holder (for the fastest aggregate marathon time in all 50 states). I consider Suzy the queen of frequent marathon runners. To top things off … she is as nice and beautiful as she is fast!

Even though she was in Rhode Island for a getaway race weekend with her husband, she made sure to include me in their pre-race plans. I can’t thank Suzy and her husband enough for taking me under their wing and encouraging me to “get that BQ” the next morning. Their push turned out to be the extra motivation I needed. There are a handful of races (out of 163) when everything has magically come together for me. I am ecstatic to report that Ocean’s Run Marathon was one of these races. Temperatures were cool; the sun was out; and my new, magical shoes (recently gifted to me) did not disappoint. I felt strong, crossing the finish line with a time of 3:45:45 – almost nine minutes faster than my goal time.

I am encouraged once again to “get that BQ” in the three remaining states on my list, and to finish out my goal! Thank you for coming with me on this journey. I hope to report more good news as I tackle marathons in Kansas, Idaho, and Pennsylvania later this year. 2019 may indeed be my time!

It has been a long, winding road to get a BQ time in 47 states. Injuries and disappointment have certainly detoured this journey more than I had hoped. But when I reflect on the, “Is it ever okay to give up on or alter a dream” question – I can confidently say that in this case my persistence paid off. All it took was a good friend and a fast time in the Rhode Island snow to reinvigorate me!