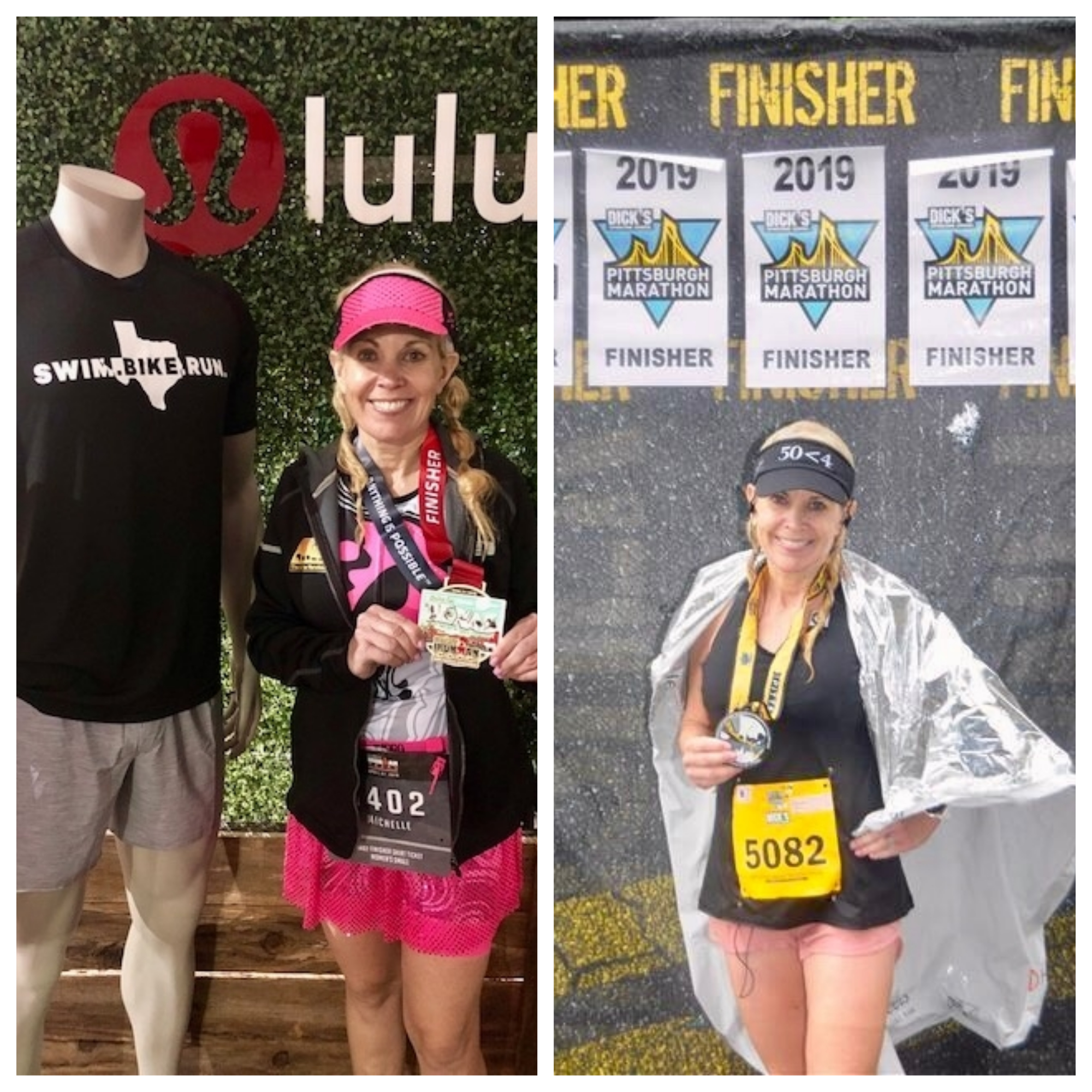 A belated happy Mother’s Day to all of you out there. It has been a busy month. Not only with races (more to come on that front in a second), but my oldest daughter, Kelsey, graduated from college. We’re so proud, and I can’t wait to see her future unfold.

In order to turn iron into steel, carbon must be added. That is what makes the iron ore even stronger. I say this not to show off my scientific prowess, but to set the table for this post.

I have never been a natural athlete. I vividly remember fighting back tears in elementary school more than once because I was picked last for teams at recess. It didn’t matter what kind of game it was. I’m going to blame this as the cause of my deep-seated athletic insecurities. Even today, I don’t identify myself as a true athlete – or even a “runner”, despite having 167 marathons under my belt.

My running accomplishments still seem surreal to me. Sometimes, it feels like I’m watching someone else check off the athletic goals that I’m setting. This is so not me! As I stated in my book, my dream was to be a high-powered businesswoman. Out of college, I was on that track (not the running kind). I worked for what was, at the time, a Fortune 100 company. I never had a thought of athletics or races. Isn’t it funny how life can change? Now, 167 marathons and six kids later, I’m as far away from being a corporate businesswoman as one can be. And, I couldn’t be happier!

Back to the reasons science is making a guest appearance in my blog. On April 27, I completed my sixth full Ironman race. I can’t even begin to tell you how weird that preceding sentence is to write. I’m a below-average swimmer and cyclist when compared to most triathletes. This is not me being humble – it’s an indisputable fact. Ask anyone from my local Southern Indiana Triathlon Team.

In the past five years, I have had to really work when it comes to the parts of the triathlon that isn’t running. My only saving grace is that I am persistent and willing to do what it takes to achieve my goal. I’m a goalsetting, checklist kind of person. I’m sharing this in hopes of encouraging others. I believe that so much can be accomplished with commitment and determination.

Of course, a good support system doesn’t hurt. I’m so fortunate to have my husband, Allen, who has not only supported me, but has been a catalyst in my marathon / triathlon journey.

When I crossed the finish line of Ironman Texas, I was in a state of disbelief. I was more nervous about this race than the other five Ironman 140.6 races that I have done for two reasons: the race day temperature was in the mid-80s and I had done 90% of my training indoors. Thanks, Indiana winter. I hadn’t done any open water swimming, like I usually do, and I did most of my bike training on a Peloton bike. (Another thank you, Allen, for letting me use your Christmas gift.) Despite my insecurities about my training and the heat and humidity, I made it to the finish line. It was an accomplishment I was very proud of.

Eight days after Ironman Texas, I found myself at the starting line of the hill-infused Pittsburgh Marathon. This would be my fourth BQ attempt in the Keystone State. (If you’re a faithful reader, you know that I am on a quest to get a Boston Marathon qualifying time in all 50 states. Let’s just say Pennsylvania has been a struggle so far.) Considering I had just finished an Ironman — and knowing the reputation of this hilly course — I was not hopeful that this attempt would get me that elusive BQ. However, Allen believed in me. That alone was enough to get me to the starting line.

What’s the worst that could happen anyway? As I walked to the starting line with a couple of my Marathon Maniacs running club friends, I was feeling pretty good. (For some reason, I’m never as sore after an Ironman as I am after a standalone marathon. I’m still trying to figure that one out!)

Despite my low expectations, the race felt good, and I crossed the finish line with a time of 3:50:09. That is almost five minutes below my needed time. I waited to get a confirmation from the person monitoring my race times, before I was convinced that I had done it. But, yes, the fourth time was a charm! Pennsylvania was crossed off the list. I now have Boston Qualifying times in 49 states. One more to go! Maybe once I conquer Idaho, I’ll finally think of myself as a runner.

I want to thank Allen for encouraging me to give Pittsburgh a try, despite my own hesitation. To be honest, I never would have attempted this feat without his encouragement. Allen was the carbon I needed in my eight-day challenge. He pushed me to transform my Iron(man) finish into a BQ finish in the City of Steel. Thank you, Allen, for believing in me, and encouraging me to give it a try! Otherwise, Pennsylvania would still be on the list.